Hydrogen Trains: The Railroad Revolution of the 21st Century

In the mid-20th Century, steam engines virtually disappeared from North America’s railways overnight. They were replaced by the more efficient diesel-powered locomotives.

Why? North America was experiencing a post-war expansion, and rail transportation was essential to economic prosperity. Diesel-powered locomotives could run faster and work longer than their steam-powered predecessors. They were easier to maintain and required smaller crews.

Now, the 21st Century is being shaped by forces bigger than the economy: the need to reduce the impacts of climate change. Fossil fuels are being phased out and the second revolution—zero-emission rail power, and specifically, hydrogen trains—is underway.

There are so many compelling reasons to innovate and improve. One reason that is often overlooked is the current state of competitive sectors. Trucking, marine, and public transit are already transitioning to zero-emission technologies.

If the rail industry wants to defend itself against “greener” trucking  moving freight, it must respond. The good news is, some in the rail industry are already taking steps to replace their diesel powered locomotives.

It’s important for industry leaders to demonstrate a commitment to solving climate issues. The public demands it. 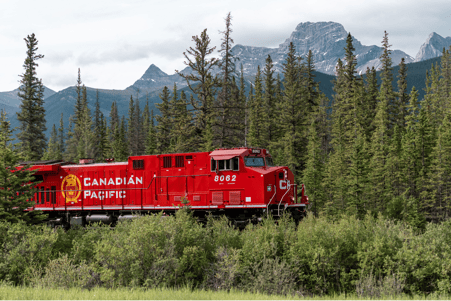 Canadian Pacific (CP), a North American leader in rail transportation, announced its zero-emission pilot project and stated the problem clearly: “Nearly the entire North American freight locomotive fleet... consists of diesel-powered units, representing the industry's most significant source of greenhouse gas emissions.” It’s time for others in the industry to respond in kind.

To replace diesel, the rail industry needs a zero-emission solution that can deliver the same power, range, reliability—and cost effectiveness—as legacy diesel technology. The issue is being confronted in many jurisdictions globally.

That solution is hydrogen fuel cells.

Catenary wiring is enormously expensive, and with so many railway segments across the US, with various owners and operators, a coordinated conversion is unlikely. When considering catenary wiring, keep in mind that: 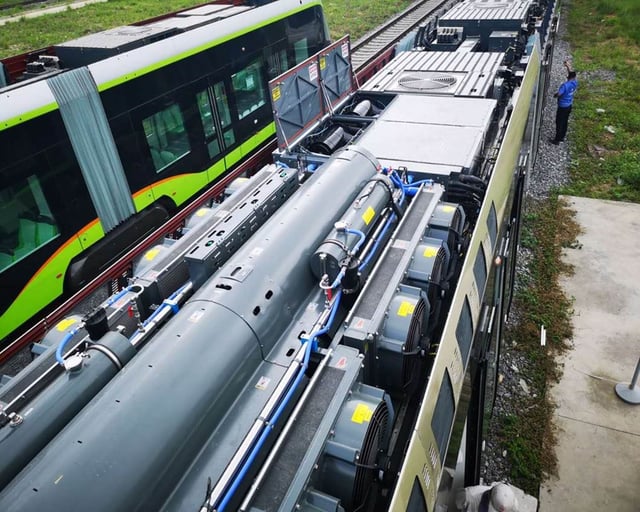 Some fear that a derailment or other incident could cause a hydrogen tank car to ignite. In fact, the danger of a hydrogen-related fire is low and management is well understood:

Funding and support are coming for hydrogen powered trains

As has been widely reported, the Biden administration’s $2 trillion infrastructure plan includes substantial funding for rail development, with a focus on passenger service and mass transit. In this plan (which is not yet approved) freight receives an indirect boost.

The administration also plans to enhance grant and loan programs that support passenger and freight rail safety, efficiency, and electrification. Other projects are aimed at alleviating freight congestion at ports and other choke points. These will help to address the capacity crisis that’s currently slowing down portions of the nation’s intermodal system.

In Europe, as part of the €100 billion Horizon Europe initiative, the rail industry has been targeted to receive research and innovation funding. The goal is to define, design and implement the full spectrum of rail research and innovation activities, from fundamental research to large-scale demos, to trigger a major transformation of the railway system to meet sustainability goals.

China plans to spend about US$205 billion in 2021 on seven “new infrastructure” sectors as part of its economic recovery from the Covid-19 pandemic. 59% of the funds are earmarked for rail and metro systems. This initiative is representative of the country’s move toward less carbon-intensive growth drivers. And in April of 2021, Weichai Power officially opened the National Fuel Cell Technology Innovation Center in Shandong. The Center will work with industry leading fuel cell technology, serving the strategic needs of the national fuel cell industry.

Ballard leads the industry in hydrogen power for rail

We are working on a number of passenger hydrogen trains in China and in Europe:

For rail freight, we are currently working on important projects with CP and Sierra Northern Railway.

We are working with CP, through its Hydrogen Locomotive Program, to develop the first hydrogen-powered line-haul freight locomotive. This will be a fuel-cell/battery retrofit of a diesel-powered locomotive. When the locomotive is operational, CP will run trials and qualification testing on the technology. 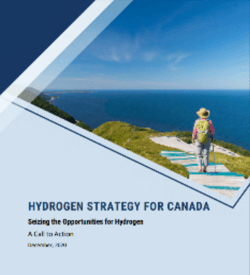 “Retrofitting locomotives and replacing diesel engines with zero-emission fuel cell engines is a viable and cost-effective alternative to purpose built hydrail trains, which is an important opportunity given the long (50 year-plus) life cycle of locomotives.” Canadian Hydrogen Strategy 2020

As CP President and CEO Keith Creel said, “How we power our trains matters to our customers, employees, shareholders and to the communities we operate in. [Fuel cell] technology holds the possibility of eliminating emissions from freight train operations, which already represent the most efficient method of moving goods over land.”

Kennan H. Beard III, President of Sierra Northern, sees a strong future for fuel cell locomotives. “We believe this project will help lead the switching locomotive industry to an emissions free pathway in all ports in the State of California.”

Moving forward: It’s time to forget about CNG and LNG

While some look to natural gas power, whether CNG or LNG, these are still fossil fuels, and they still emit significant GHGs. As the rail industry begins to invest in the future of our planet, it’s far better to focus these investments on true zero-emission fuel cell technology, fueled by blue and green hydrogen.

The pathway to zero-emission railroads—the Second Great North American Railroad Revolution—is clear, and hydrogen fuel cells are the solution to take us there.