How Scandinavia is Leading the Clean Energy Transition

There’s a preconceived idea that the transition to zero-emission will involve some sort of pain, compromise, or big expense. How can we move away from a well-developed and well-oiled fossil fuel system that has reached into every aspect of society? Maybe an even bigger question to ask is, “Why now?” 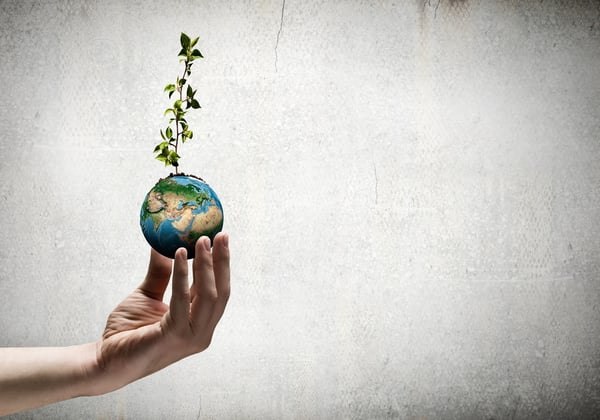 The Catalyst for a Zero-Emission Transition

The reality is, we don’t need scientific proof to know that poor air quality isn’t good for any living thing on the planet, and is especially harmful to humankind. The effects of poor air pollution are well documented. Take one of China’s largest cities as an example, where face masks are the norm.

In fact, Beijing experienced higher than average air pollution levels from 2008 to 2017 - with 2017 showing the highest levels of all. And this situation is not limited to mega cities -  the effects of burning fossil fuels are everywhere.

Fortunately, there are proven technologies available to fill the void as we transition away from fossil fuels. But for technologies to be widely distributed, we need infrastructure and scale. Most revolutionary ideas face this key barrier to adoption.

Currently, it’s challenging for zero-emission technologies to make it to market because the current fossil fuel system is dominating the distribution network. There needs to be a burning desire to accomplish a clean energy transition.

To that end, some jurisdictions are more progressive than others when it comes to putting zero-emission programs into place.

Scandinavia: An Inspiring Leader in the Shift to Clean Energy

The commitment shown by Scandinavian countries is a blueprint for others to follow. All the three Scandinavian capitals are among the award winning cities of the European Green Capital Award with Oslo, Norway being the 2019 Green Capital:

“Tackling the climate changes is a high priority for Oslo. The city aims to cut emissions by 50% by 2020 (compared to 1990) and to be carbon neutral by 2050. Oslo has introduced a range of integrated measures to achieve these ambitious targets, for example, by promoting zero-emissions transport. The city has become the ‘Electric Vehicle Capital of the World’ with 30% of all vehicles now sold in the city being electric.” (Source) 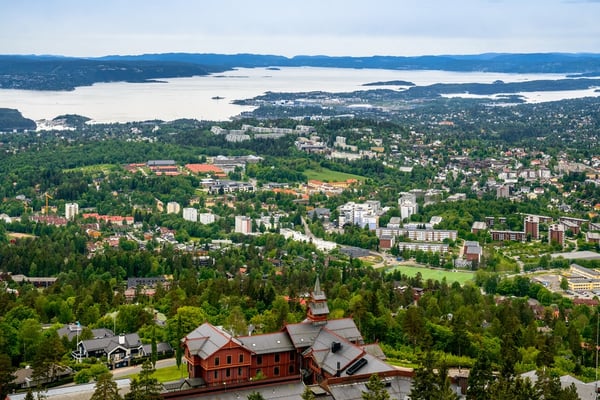 The people of Scandinavia are moving away from fossil fuels and embracing a zero-emission future. In this regard, they’re joining other forward-thinking cities around the world, including those in California and China. This revolution didn’t happen by chance - it’s been designed to disrupt from the very beginning. Governmental policy changes laid the initial groundwork through incentives and infrastructure investments.

See our interview with Pernille Aga to learn how Oslo transit agency, Ruter has been working to reach their zero-emission goals: Hydrogen is one of the cleanest fuels on the planet when produced from renewable sources. It also has a high energy density, making it an ideal zero-emission fuel to power vehicles of all kinds.

Sensing new opportunities for hydrogen as a fuel source, entrepreneurs have developed innovative hydrogen storage, dispensing, and transportation systems. The innovators at NEL and Hydrogenious are poised to change the energy distribution model. Their technologies make it safe to produce, transport, and handle hydrogen - a key element in the transition to a zero-emission future.

Hydrogen powers the sun. It should also power humankind as an energy carrier for renewable energy. Today, in countries like Norway, it’s possible to:

And this is happening at price parity with diesel.

The public transportation sector is a key area that is ripe for innovation. Hydrogen fuel cell technology is already powering buses in the streets of Oslo and around the world.

What is a Fuel Cell Electric Bus?

A fuel cell electric bus is an hybrid electric vehicle that includes both a fuel cell and batteries. These parts work seamlessly together to provide efficient zero-emission power without compromised range or route restrictions. In this type of hybrid design, the fuel cell keeps the batteries in a state of charge. It also works with the batteries to provide peak traction power, and supplies the energy necessary for the bus auxiliary loads. 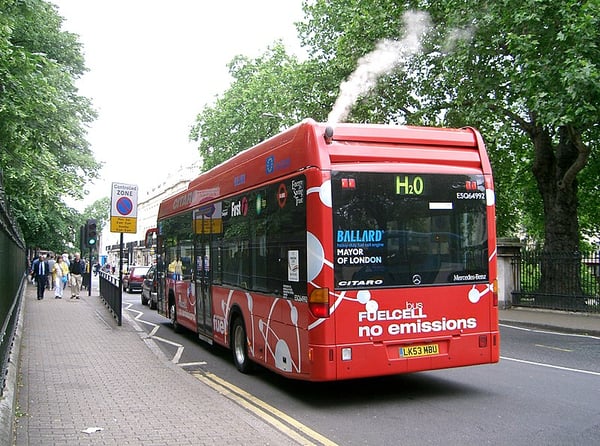 With millions of kilometers in commercial services and more than 15 years on the road in different environments, fuel cell electric buses haven proven to meet operational requirements of transit agencies and bus operators. They offer a 1:1 replacement to diesel buses without performance compromises.

The clean energy disruption is here - the only question that remains is: How fast will we transition? In order for any jurisdiction to make a meaningful shift to zero-emission, there needs to be a coordinated effort at many levels:

Cities in Scandinavia, are leading the way to clean energy. They should become the model for every city on the planet as we move our societies toward a cleaner, zero-emission reality.

For more information on the key benefits of fuel cell buses for Scandinavia’s public transit, download our white paper below.

Discover why hydrogen fuel cell buses are the best zero-emission solution for public transportation in Scandinavia.