In this interview, we discuss:

Let’s get started with our conversation with Jack Brouwer!

Jack, can you tell us a bit about yourself? What is your area of expertise and what are you passionate about? 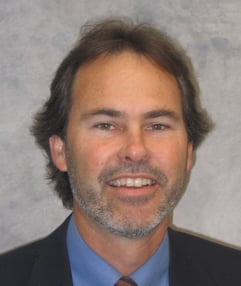 So, that means I essentially do research on fuel cells, electrolyzers, and batteries that will be required to complement solar, wind and other renewable energy resources for a sustainable energy conversion future.

In particular, the subjects that I'm passionate about are hydrogen, hydrogen energy storage and fuel cell technology, because I know how essential they will be for us to achieve a sustainable energy conversion future.

I've been very fortunate to work with some of the best graduate students, postdoctoral researchers, and colleagues in this field for the last 22 years.

At the National Fuel Cell Research Center, what is the program's mission?

Our mission is to advance, together with our allies, energy technologies that can achieve a sustainable energy conversion economy, forever.

This means that we can do this perpetually, so we don’t create pollution,  don’t keep depleting our natural resources, and don’t cause climate change, like we’re doing now with our energy conversion economy.

What role does hydrogen play in our future energy needs?

Well, hydrogen is not the lowest cost solution for all of the energy storage and conversion requirements in society, but it does some things uniquely.

Let me give you an example.

On the other hand, if one needs a vehicle that needs to be fueled rapidly, for example an Uber driver that wants to operate for eight hours a day, they may want the features of rapid fueling that hydrogen and fuel cell technology gives that batteries cannot. Batteries always require a long time to charge or refuel. 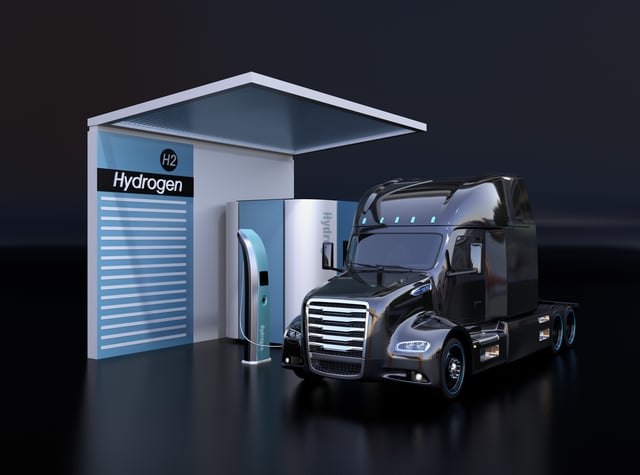 Let me mention two additional things. If you also need to carry a lot of equipment or payload, then hydrogen is a better zero-emissions solution than batteries alone because batteries weigh so much and hydrogen is very light.

And finally, if you need to go a very long distance, need long-range with a heavy payload and rapid fueling the hydrogen and fuel cell combination is the only solution.

Why do you believe hydrogen adoption is necessary for the decarbonization of the future?

As you can easily imagine, it won’t be possible to ever build a 747 that can fly passengers from New York to Australia using batteries alone.

And what I mean by that is we can take renewable hydrogen and combine it with carbon dioxide that we capture out of the atmosphere and make liquid fuels that are 100% renewable and recyclable. Plus, we can make these synthetic fuels forever. 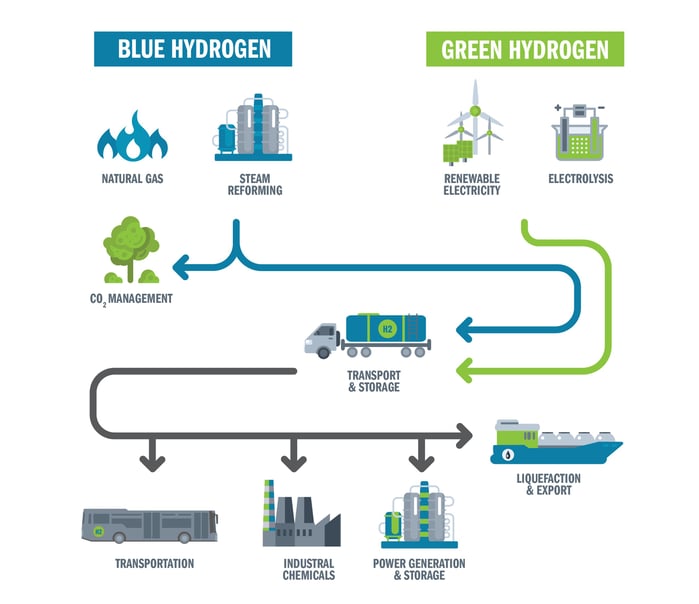 We can decarbonize international freight and aircraft travel, long haul trucks, and trains and all of these things that some people say we cannot decarbonize with current technologies.

We can absolutely decarbonize them with hydrogen. And that's what I'm passionate about. I think that hydrogen offers a solution to making these sectors, and others like agriculture zero emission.

Other sectors, like steel and cement manufacturing cannot be electrified. You can't put electric heaters into a cement kiln. It just doesn't work. But you can do it with renewable hydrogen.

Whenever you need to store energy, especially electric energy for a long period of time, batteries are not the solution.

This is a phenomenon that batteries cannot avoid because they have the electrochemical storage solution in contact with the electrodes at all times. People can readily recognize this from the fact that if they leave their car parked someplace for six months and you go to try to turn it on, it won’t start.

That’s not because of a failure of your battery. It's because of a physical phenomenon that batteries cannot avoid. There will always be self-discharge in a battery energy storage system.

But hydrogen and fuel cells and electrolyzers don't suffer from that physical phenomenon. That’s because they store the hydrogen in a tank separate from the electrodes in the electrolyzer or in the fuel cell. This issue of long duration storage is truly possible with hydrogen. It's not possible with batteries. 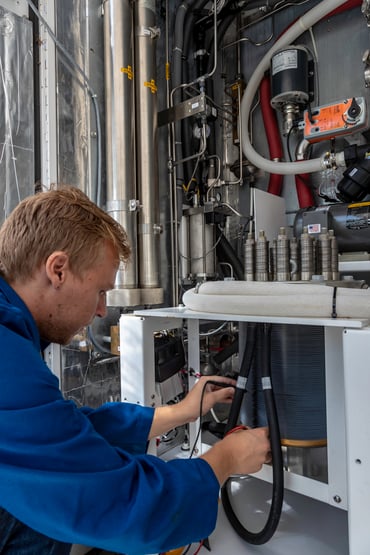 You just make the tank larger.

From your perspective, let’s talk about the advances in fuel cell technology.

In the last 10 years, fuel cell technology has advanced tremendously and this is despite some setbacks in the policy world.

What I mean by that is, the US Department of Energy, and most of the energy agencies around the world have pulled back their support for hydrogen and fuel cell technology funding because they wanted to focus more attention on batteries.

And in one sense, I don't mind that because batteries can do a lot of very good things for our sustainable energy future. But I think they erred in directing too much attention to batteries and eliminating support for fuel cells under many circumstances.

Despite that, companies like Ballard, Toyota, Honda and others have continued to invest in fuel cell technology. They have made tremendous advancements because they knew the underlying features of fuel cell technology are fundamentally different from batteries.

They knew how essential fuel cells are for our sustainable energy conversion future.

As a result, these companies have made tremendous advances, specifically in the last several years. One of the most significant advances involves dramatic cost reduction in lowering catalyst loading.

What that means is important for proton exchange membrane fuel cell technology, which is that which we use in automobiles today and that which Ballard has advanced for a very long time.

They require an electrocatalyst for the reactions to proceed fast at the low temperatures at which they operate. And the very best catalyst is platinum. Of course, platinum is a precious metal that costs a lot.

So if you use a lot of platinum, you can make a fuel cell work really well, but it's too expensive. And only in recent years have companies like 3M, Ballard, Toyota, and Honda discovered ways of dramatically reducing the amount of platinum that is used—but at the same time, increasing the performance of the fuel cell. 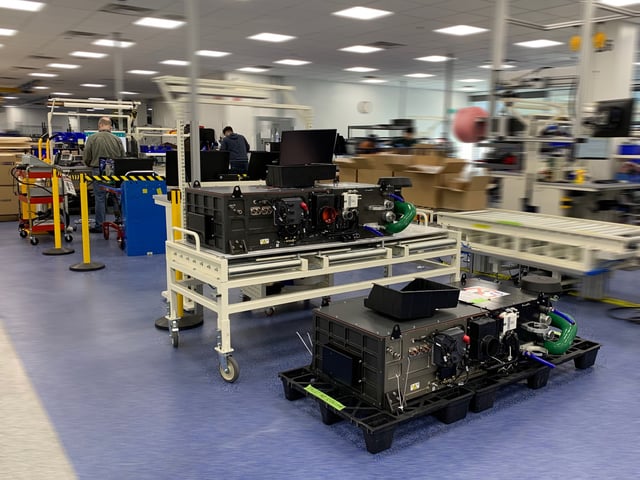 So this is really important to proton exchange membrane fuel cell cost reductions and advancements. I want to suggest a couple of other things.

Dramatic advancements in durability. So these cells are lasting much longer than they used to because of fundamental understanding of the degradation mechanisms. And then working around those mechanisms with how the systems are designed.

For example, never letting a system sit at open circuit voltage for very long because that high voltage can lead to a certain type of degradation mechanism, never letting oxygen appear on the fuel side even for a short period of time while the cell is connected.

So there's a whole bunch of very interesting phenomena that have been avoided now and that can make these systems last a very long time.

I want to suggest one other thing, power density improvements have been dramatic so that the same fuel cell that Ballard used to make that would barely fit under the hood and required a lot of material to make.

Now, these fuel cells are on the order of magnitude one-fourth the total size. Just imagine these advancements have all been made in the last 10 years and dramatically improve the affordability, durability and performance characteristics that fuel cells can achieve. Imagine what the next ten years will look like?

What is your long term vision for hydrogen when associated with zero emission mobility?

Well, certainly in the heavy duty sector, fuel cells and hydrogen have a very distinct advantage compared to any zero emissions alternative. I expect fuel cells to be essentially the only technology that’s used for international shipping, freight on rail, and long distance trucking.

It will basically have 100% of those markets. It will also have a very significant market penetration in light duty vehicle technologies as well for two primary reasons. 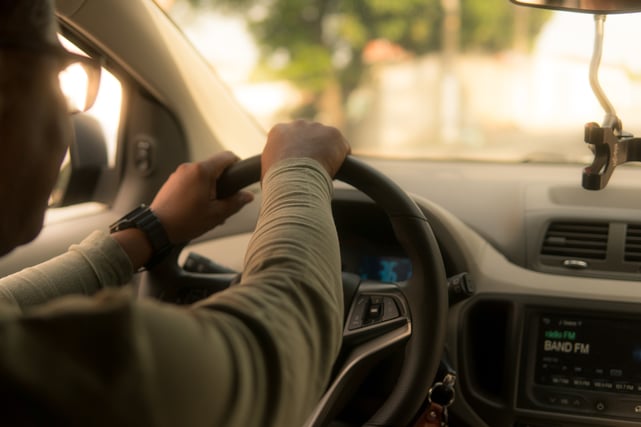 The first is, end uses. I mentioned earlier the Uber driver, they require rapid fueling so that they can keep working. Then there are some end uses that require a pretty big payload because they are, let’s say a construction worker who must carry a whole bunch of building materials and tools with them.

Those situations will be better suited by a zero emissions fuel cell than a battery electric vehicle.

The infrastructure will be insufficient to support 100% battery electric vehicle adoption in any given neighborhood, any given urban environment, any given apartment complex. 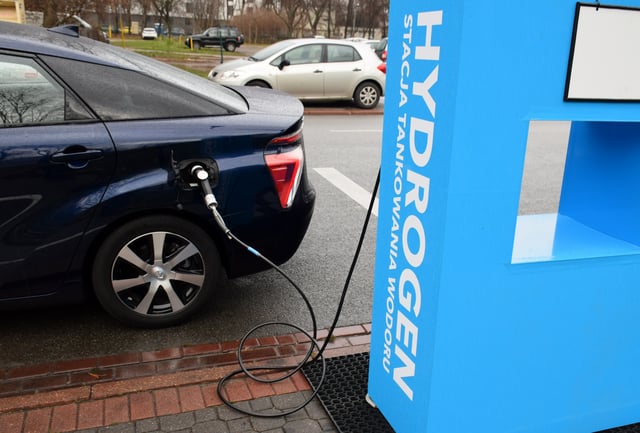 So a certain percentage of the zero emissions future, even in the light duty, will adopt hydrogen and fuel cell technology for those vehicles, just because it's going to be cheaper to introduce hydrogen infrastructure than to try to triple or quadruple or even 10 times multiply the electric infrastructure to an apartment building to let everyone charge their vehicles.

Are there any final comments you'd like to share with our readers on the future of hydrogen and fuel cells?

Well, let me just state a couple of other points. The story of hydrogen is a long one. And that's unfortunate, because hydrogen can make contributions to so many different sectors.

I mentioned shipping trains, aircraft, cement, steel, ammonia, fertilizer and support of the electric grid for getting to very high levels of renewables.

It's a little bit more difficult to understand how important it will be for society. It's harder to convince your neighbor that we need hydrogen because it appears as though we just need some batteries, some solar, maybe some wind out in these other places and then we can achieve our zero emissions policy goals. 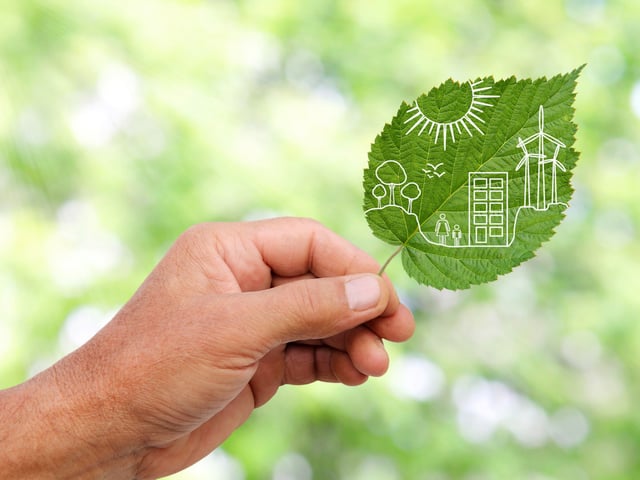 Let me just mention one final thing. Our recent techno-economic analysis of hydrogen suggests that renewable hydrogen, without any subsidy, will be cheaper than diesel and gasoline are today.

I believe that will ultimately lead to the world deciding to adopt renewable hydrogen, well before we run out of fossil fuels, because we'll have an alternative, a renewable, sustainable alternative that will be cheaper.

Fueling the Future of Mobility: Hydrogen and Fuel Cell Solutions for Transportation

Co-authored by Deloitte China and Ballard, this report provides answers to the most pertinent questions surrounding hydrogen and fuel cell solutions for transportation:

How economically viable are fuel cell vehicles and what is their impact on the environment?