We had the opportunity recently to catch up with Ken Dragoon, the executive director of Renewable Hydrogen Alliance.

Ballard has recently become a member of Renewable Hydrogen Alliance and we will be speaking at their Renewable Power to Fuels Symposium on May 20th in Portland, Oregon.

Ken has been in the electric utility business for four decades. He started in hydro resource planning and modelling for the Bonneville Power Administration.

He is now focused on answering the question of how to provide reliable power from variable and dynamic renewable resources: hydro, wind and solar.

Here are Ken’s insights on the renewable hydrogen space.

In Conversation with Ken Dragoon of Renewable Hydrogen Alliance

How can we use renewable electricity to make climate-neutral fuels?

We can take clean wind and solar power beyond the electric grid by converting the surplus energy into hydrogen using electrolyzers. Electrolyzers are a well-established technology used to transform electricity and water into zero emission hydrogen. 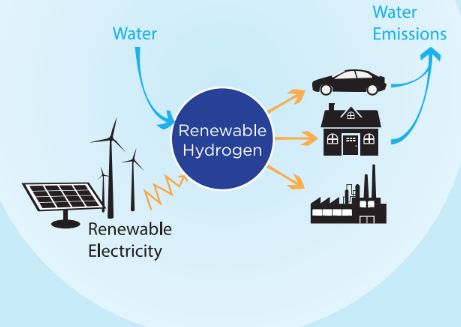 The best part it is all done using surplus renewable electricity. Not only can this replace hydrogen in existing manufacturing processes, but hydrogen is also a great substitute for fossil fuels.

While doing research, I discovered that the technology is being deployed at scale in many European jurisdictions. This has resulted in electrolyzer costs dropping by more than a factor of two over just the last couple of years just because of economies of scale.

Why is this technology being adopted and deployed in Europe?

Europeans have higher penetrations of wind and solar than we do but moreover, they noticed they have times during the day of surplus energy production when the power prices go “negative”. 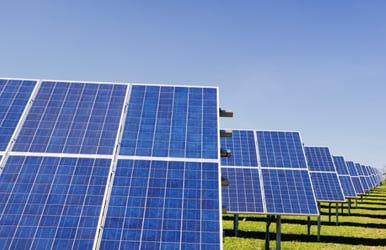 As a result, they were having to turn off wind and solar electricity generation due to zero demand. They quickly realized the future involved making better use of those surpluses.

I recognized that it would also need to happen in North America as we need to do to meet GHG reduction goals so I started advocating for the technology.

How can we work to increase the adoption of this technology, especially in North America?

There are two factors that we need to address in order to increase adoption:

1. There is a need for large scale education and networking efforts around the electrolysis technology developments, at least in the U.S.

2. Electric utilities need a place to put surplus power at a price that is reasonably attractive.

Who are you primarily targeting in your education and networking efforts?

I think there is a big education piece missing among gas and electric utilities, as well as renewable developers and manufacturers.

I hadn't realized that gas utilities are more motivated than the electric utilities to push for cleaner solutions. They recognize that climate change is an existential threat to their business.

There is a push to electrify everything. Climate change and fracking concerns are causing some municipalities to impose moratoriums on gas hookups.

Local gas distribution companies now have a fairly aggressive carbon reduction goal for their system—30% by 2035. They recognize they can't get there without renewable hydrogen or other fuels derivative of that.

The renewable energy generating community is also in need of education on the technology. Although the cost of wind and solar is low and continues to fall, so does the value of the power they produce.

For example, in California, the marginal value of a kilowatt hour of electricity at noon on June 21st is zero or even negative, because the supply of solar at that time exceeds demand.

California regulators are already curtailing regularly, and not only on that particular hour or day. As we continue to add wind and solar into the grid, that's going to spread to more hours of “excess energy production” and more days throughout the year.

How can we use other systems to store this energy for off-peak consumption? What are some of the technologies that are used for energy storage?

I would argue that this is the only existing technology that is an economically viable way of storing “bulk quantities” of energy. Batteries are great but their costs increase linearly with the amount of energy stored. The more energy you need to store, the more it costs.

That's not true if you're making hydrogen and other fuels. The cost is per kilowatt and the number of kilowatt hours that you store depends only on how long you operate the electrolyzers.

So for large quantities of energy stored for long periods of time, you can't beat hydrogen as low-cost energy storage option.

Using the produced hydrogen to compete with low-cost power from other sources is not the most economic thing to do today. The problem with the power grid is not too little power, it’s too much power.

So the play for creating hydrogen and other clean fuels from electric power is really to make fuels for other purposes. Absorbing those large energy surpluses is easy. You can turn the electrolyzer on if the surplus happens for an hour. If it happens for five hours or five days, that's also fine.

You just leave it on, you don't end up filling up a battery or hydro reservoir. It just continues to absorb energy and produces hydrogen. It’s storing the energy whether that energy comes back to the grid as electricity or not.

I’m advocating that “creating fuels” be treated on a par with energy storage technologies, but the most valuable uses of hydrogen today are away from the power grid.

Let's talk specifically about hydrogen. What are the current market opportunities for hydrogen as a fuel?

There’s a lot of excitement about hydrogen vehicles, and of course, Ballard is in the middle of that, but there are many more market applications for clean hydrogen today.

A very large amount of hydrogen is being used in the refining of oil; creating ammonia for fertilizer; steel manufacturing, semiconductor manufacturing and some other minor uses. The hydrogen created for these applications is, virtually, entirely from fossil fuels; mostly natural gas steam reforming which leaves a big carbon footprint.

There's a lot of interest among hydrogen vehicle enthusiasts in seeing a cleaner source of hydrogen and wide distribution of the fuel.

Hydrogen vehicles, when they operate, emit water vapour at the tailpipe. But the creation of hydrogen today comes mostly from fossil fuels. The air emissions, though lower than gasoline, are mainly being pushed uphill.

But with the zero-emission production of hydrogen for industry use, the transportation sector is poised to benefit from a low-cost source of clean hydrogen.  And we're here to promote that.

There is broad agreement on this path and we just need to lay a policy and education foundation on which to build a new clean-tech industry.

Let's talk a little bit about that policy foundation because we need to lobby lawmakers to make that happen. What are some things your association can do to positively affect and change policy?

Energy storage mandates need to include the creation of hydrogen and other fuels from electricity.

We recognize that hydrogen can be easily substituted for natural gas in many applications. Renewable gas standards can help get us there.

If you treat hydrogen like natural gas in North America you're comparing it to the lowest cost fuel to the planet. That’s probably not a winning scenario economically.

We need caps on carbon or carbon taxes to level the playing field with fossil produced hydrogen. We have low carbon fuel standards, which is sort of a separate cap on carbon emissions for transportation fuels that exist in the state of California, and Oregon, and is being considered in Washington State.

There are a lot of incentives that the battery electric vehicle folks have been able to lobby for successfully, and rightly so, but we need to be in there with them and insist that hydrogen vehicles get equal consideration.

What are some of the biggest opportunities you see for the deployment of this technology?

The biggest opportunity that's in front of us right now in terms of an economic opportunity is hydrogen fueling infrastructure, especially for heavy duty vehicles like buses and trucks.

Anheuser Busch has ordered around 800 hydrogen vehicle trucks from Nikola, and Nikola has ordered a thousand megawatts of electrolyzers from NEL hydrogen. 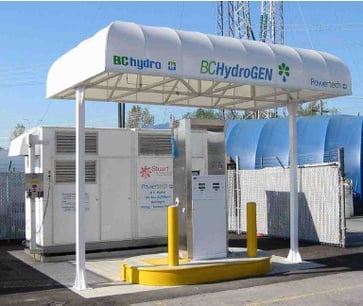 At last count, there were 39 refuelling stations in California and a couple in British Columbia. Pointedly, there are none in between.

I'm based in Portland, Oregon and my contacts are mostly here in the Northwest, which is why our conversation has mostly centred on the Western States.

We aspire to be more than a regional organization.

But I would say that today we are primarily a regional organization, so getting hydrogen refuelling infrastructure up in Oregon, Washington, and B.C is a high priority for us.

That's not the largest opportunity but that may be the most economic opportunity today. There have been proposals for LNG, a methanol export plant, and a fertilizer plant - all located in the state of Washington: in Longview, Kalama and Tacoma.

Each of those will (or could, in the case of LNG) consume a huge amount of hydrogen. If produced from electricity, any one of those would represent many hundreds of megawatts of electrical load that could be fairly flexible, turning on and off as renewables are available and help balance the grid.

That's pretty big and a market we'd like to crack, but it's going to take a while for us to get there.

The message I'd like to leave is that a 100% renewable energy economy is possible. However, there is no way to it without creating hydrogen from electricity and that's what we are planning to do.

The Renewable Power to Fuels Symposium is coming up next month. How do people learn more about this particular event and want to participate?

The symposium is very exciting.

We will have an international lineup of speakers that includes Ballard, as well as electrolyzer and hydrogen vehicle manufacturers, industrial gas merchants, and policy experts. There are four panels on technology, transportation, renewable fuels markets, and policy.

Please go to renewableH2.org and you can access the event registration from there.

Over to you… What are your thoughts on the renewable energy economy, and the future of renewable hydrogen? Let us know in the comments below.