This interview is part of our ongoing conversation with innovators in the clean energy space. Fuel cell backup power is a proven, viable solution to critical communication infrastructure challenges.

The Danish TETRA network, SINE, is a nationwide system that provides radio communication and short data for all emergency operators in the country. The system is vital to the daily life of Danish police and regional emergency services, such as rescue preparedness, ambulance and fire-fighting services.

Motorola built, owns, and manages the “Dansk Beredskabskommunikation A/S” SINE Tetra network in Denmark. Motorola is recognized for setting the standard for TETRA backup. In 2007, the company started to install fuel cell backup systems to critical infrastructure sites in Denmark.

We had the chance to sit down with Torben Truelsen, Engineering Manager at Motorola, about Motorola’s experiences with fuel cell backup solutions for Denmark’s critical networks. 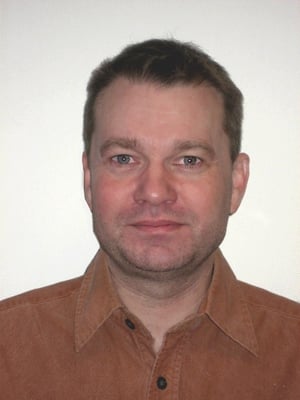 Could you tell us a bit about your background and position at Motorola?

I have been working at Motorola for more than 30 years. Originally, I worked as an electronic engineer, and developed a variety specialized products. I then moved into managing other departments, and eventually grew into my current role as an engineering manager in the RF Site & Infrastructure department. I focus my efforts on base station development and project planning. I also support new product introductions at Motorola factories around the world.

How important is backup power in Denmark?

Backup power is vital to the SINE network, because it’s used for the communication of all emergency services in Denmark. If the grid power supply is interrupted as a result of a natural disaster, accident, or terrorist attack it’s vital that critical communication sites immediately launch and continue to operate until the grid is restored. This enables communication between first responders. This is Motorola's commitment.

What are the biggest challenges for critical network sites? How can these best be solved?

The biggest challenge is always reliability. As the police often say: “I'd rather lose my gun than my radio.” This shows how important communication devices, like radio, really are.

Having reliable backup solutions on site is necessary to ensure the critical infrastructure is always on, even during grid interruptions. The choice of backup power technology will impact the overall site availability and durability. We had to choose a backup solution which seamlessly provides power to the equipment, requires low maintenance, and doesn’t deteriorate during a long standby period. Fuel cell solutions with automatic remote start-up tests meet those requirements.

What were the most critical elements a backup power solution needed to address for the Tetra network?

The most critical element was definitely to provide extended reliable backup to critical network sites. For such sites, the backup power solution we chose had to operate continuously for a minimum of  8 hours, while being able to operate without breaks for up to 24 hours - or as long as the situation required - until main power returned. So we needed a solution that could meet those requirements.

What were your considerations when choosing the technology to power the backup systems? 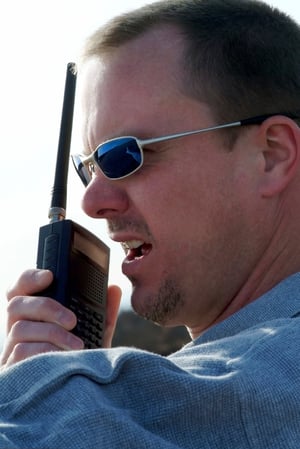 The SINE contract was signed in 2007, and the system was approved  in 2010 for a 10-year operational period. So, we had to consider the  total cost of both Capital Expenditure (CAPEX) and Operational  Expenditure (OPEX).

At first, we considered battery backup with diesel generators. But we were also looking at fuel cell solutions, as some of the sites needed more than 4 hours of backup time. Many had a requirement of being able to run 24/7 for an extended period of time.

At the time, aftre talking to Dantherm Air Handling (now Ballard   Europe), we concluded that fuel cell solution was the most reliable   solution. Ballard Europe also had a proposal for a good solid hydrogen   service partner that could deliver hydrogen 24/7.

Furthermore, our calculations showed that even though CAPEX, the   price for installing a fuel cell solution was somewhat higher compared  to a diesel solution, we would see a greater reliability and lower costs in the the long-term with a fuel cell solution.

How did Motorola fulfill the Dansk Beredskabskommunikation Tetra Network’s  requirements?

In collaboration with Dantherm Air Handling, Motorola developed a very specific equipment  enclosure for the network sites. The integrated outdoor cabinet met very tough environmental requirements and was able to house both a Tetra base station, with a four-hour battery solution, as well as the fuel cell solution with a hydrogen storage compartment.

What about the product performance?

Reliability is crucial for Motorola, and although we were a bit skeptical of the fuel cell backup power system at first, we’re happy to say our fears have been put to rest. We have had 99.99% uptime since the start of operation thanks to the support of Ballard Europe service team.

An Attractive Value Proposition for Zero-Emission Backup Power in Scandinavia

Discover why fuel cell backup power is the most viable solution for Scandinavia's critical communication infrastructure.