How We Can Transition to a Low Carbon Future [Interview] 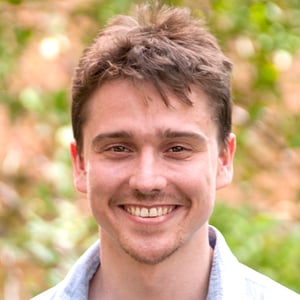 In our discussion, Mr. Molloy explains the difference between gray, blue, and green hydrogen solutions and explain why blue hydrogen is much better than fossil-fuel alternatives.

We also discuss the acceleration of technology that will allow for a zero carbon future for all mobility and why it’s a big deal that automotive companies are promising to cease all innovation on their internal combustion engines.

Here is our chat with Mr. Molloy!

Could you please tell us a bit about the Rocky Mountain Institute? What is the organization’s mission? 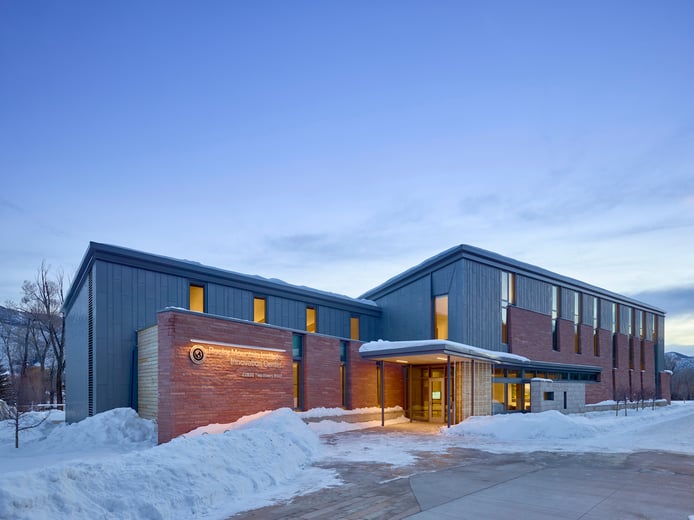 (Image: Outside view of RMI innovation centre in Basalt, CO)

The Rocky Mountain Institute was founded in 1982 by Amory Lovins. Rocky Mountain Institute (RMI) transforms global energy use to create a clean, prosperous, and secure low-carbon future. It engages businesses, communities, institutions, and entrepreneurs to accelerate the adoption of market-based solutions that cost-effectively shift from fossil fuels to efficiency and renewables. RMI has offices in Basalt and Boulder, Colorado; New York City; the San Francisco Bay Area; Washington, D.C.; and Beijing.

In 2014, the institute merged with the Carbon War Room, which was a Richard Branson initiative that focused on what would be commonly referred to today as the hard to abate sectors: shipping, aviation, mining, and trucking.

What is your area of expertise? What are you passionate about?

I work as part of RMI’s Industry and Heavy Transport Program, which encompasses the shipping, aviation, mining, and trucking areas that I mentioned, but also looks at things like industrial processing, methane emissions abatement and obviously hydrogen.

Our program looks at the pathways to develop optimized decarbonized solutions for heavy industry, drawing on our experience with the electricity markets but also using sectoral expertise and partnerships to drive value and change.

Let’s talk about hydrogen. What is the potential role for hydrogen in the decarbonization of our economy?

Hydrogen has the same potential capacity. It's a zero carbon molecule in the sense that if you burn hydrogen, there’s no carbon released. However, if you think of manufacturing it right now, typically, it's largely steam methane reformation—certainly in the US—which has a carbon content that is released.

What we’re targeting is a transition to a zero carbon hydrogen system that's using electrolysis and renewable energy to separate water molecules to produce hydrogen and oxygen. Once again, with zero carbon attached to it.

Could you explain how clean hydrogen is produced (blue and green hydrogen vs. gray hydrogen)? 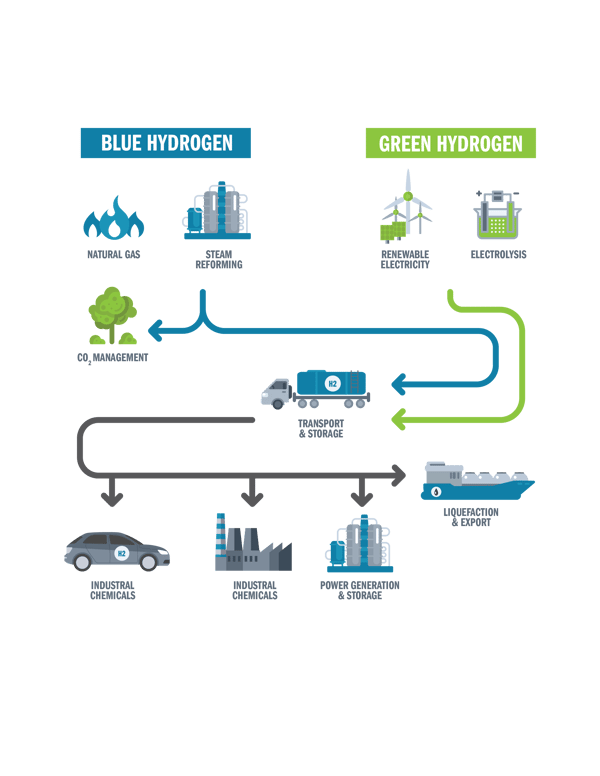 When we say gray hydrogen, what we're typically referring to is a fossil fuel based hydrogen production with no capture of the carbon dioxide.

In the US, as I said, it's largely steam methane reformation (SMR). You break the hydrogen away from the carbon in the methane molecule, the hydrogen is captured and the carbon is vented. It's about eight and a half kilograms of CO2 per hydrogen kilogram in the process but depending on the efficiency and design this can be substantially higher.

The next phase of the decarbonization effort is to attach carbon capture technologies to, for instance, the steam methane reforming. The efficiency of capture is somewhat variable. But you can get up to around 60% or 70% capture, which gives you a reduced carbon hydrogen molecule.  And that’s typically referred to as blue.

Lastly, green hydrogen is produced from a water molecule in an electrolyzer, which uses an electrical current to separate the hydrogen from the oxygen. This requires the use of zero carbon based electricity and emits absolutely no CO2.

What is the state of clean hydrogen technology today vs. where it needs to be for broad market adoption? What are your thoughts on how we bridge that gap?

We've seen an acceleration in the production capacity, specifically on the electrolyzer side in the last number of years. That obviously means that you have the capacity or potential capacity to produce more and more green hydrogen, especially as there are more and more renewable energy resources being developed as well.

In the UK, the H21 project is using natural gas from the North Sea, I believe Equinor is planning on using autothermal reforming with carbon capture to supply hydrogen for this effort. So it will be blue hydrogen, but it will transition the entire natural gas grid to a hydrogen gas grid.

Is there a case to be made for blue hydrogen as a way to enable a smooth transition to green hydrogen?

Moving from natural gas to hydrogen use with a high capture percentage has a significant carbon reduction.  Currently, the deliberate production of hydrogen in the US is around 95% SMR based, globally fossil fuels dominate hydrogen production, the imperative is to capture the emitted carbon from those and similar facilities while ramping up green hydrogen production.

There is a growing international market for hydrogen so we need to keenly concentrate on removing CO2 from supply, while at the same time ensuring that green hydrogen emerges. The encouraging aspect is that with the growth in the electrolyzer markets we are seeing costs decline, we’ll see the kind of competitiveness of green hydrogen against natural gas improve.

How can the public and private sectors work together to accelerate hydrogen technology development?

Public sector engagements have been critical for most emerging kinds of technologies and most kinds of transitions in the past. I would say that we’re looking at a situation where we need government involvement to support research and development but also to support new OEMs. Directed governmental procurement would help the sector.

But also, regulations and standards are things that do drive markets to some degree. For example, in the European Union right now, the European Commission Fuel Cell & Hydrogen Joint Undertaking has laid out a huge number of very promising and very large scale projects. But it’s also underpinned by policy, for example, the fact that a large number of governments are planning on removing diesel and petroleum based vehicles from the roads in the 2030s and 2040s.

Government can certainly play a very big role on both the incentive side and the regulatory side. And when you get something large in the sense of the joint undertaking, that typically gives the private sector and investors the security and confidence to robustly engage with markets thus accelerating the rate of transformation.

What is your long term vision for zero-emission mobility?

It's a big proposition, but I think we're seeing the acceleration of the kind of technologies, the infrastructure, and the general kind of engagement by consumers that will lead to a pretty central transition. Hopefully that's in our near future.

I think this is an incredibly interesting time to be in the clean energy, clean mobility and clean industry space. We're seeing an awful lot of engagement and opportunities start to emerge.

And as much as we're enthused and excited, we have a long transition ahead of us in terms of the amount of time and work it will take to get things up to scale. But we do have the solutions available. We do have the opportunities and with goodwill and cooperation between a lot of actors, this is something that we can actually achieve.

For example, Daimler Group recently announced that they have ceased innovation work on internal combustion engines. They said we're just not going to do that anymore, which is an amazing thing for a global car manufacturer to decide that the key component, something that they've used as a badge of honor for the quality of their vehicles for so long, is literally going to stop.

That should be an indicator for how much potential there is within these industries to cause rapid change that will spillover into other sectors.

Thanks for sharing your story and the story of Rocky Mountain Institute, Mr. Molloy!

To learn even more about the future of hydrogen technology, listen to Patrick Molloy and Nicolas Pocard, Ballard’s director of marketing, discuss the growing fuel cell landscape on the Everything About Hydrogen podcast.

And if you're interested in learning about how green hydrogen can decarbonize transport, check out our infographic!