California’s Bold Mandate Translates to Opportunities for Hydrogen and FCEVs

Under the 2015 Paris climate accord, nations pledged to take decisive steps to limit global warming to 2° Celsius.  To achieve this goal, the world will need to make dramatic changes. While there is much to do, there are encouraging signs that changes are, indeed, afoot.  Consider the recent extraordinary and exciting developments in California.

Two weeks ago, global leaders in energy, transportation and government policy converged in beautiful San Francisco to attend the Global Climate Action Summit.  The week-long Summit was jam-packed with important activities designed to advance decarbonization. I had the opportunity to attend a series of meetings around the Summit, and wanted to share some of my observations.

Governor Brown also issued an executive order pushing California to “carbon neutrality” by 2045.  This will require California to reduce its net output of greenhouse gases (GHGs) – including from cars and trucks – to zero by 2045.

Meeting the 100% renewable electricity and the carbon neutrality mandates in just 27 years gives California the most ambitious climate change targets of any government in the world.

I see significant opportunities for hydrogen to play a key supporting role in the 100% renewable electricity mandate.  Hydrogen generated by water electrolysis with renewable electricity can serve as an energy storage carrier for intermittent renewables.  Hydrogen can help to smooth out the challenges caused by a mismatch in variable electricity production and load demands. This green hydrogen can also be used to power fuel cell electric vehicles, or FCEVs.  On a “wells to wheels” or “cradle to grave” basis, FCEVs powered by green hydrogen represents the most compelling solution to decarbonize transportation with the lowest possible GHG emissions profile.

I also see significant opportunities for FCEVs to play a key role in California’s carbon neutrality mandate.  Deep decarbonization can only be achieved by decarbonizing both heavy-duty vehicles and passenger cars.

Heavy-duty vehicles, including commercial trucks and buses, provide a disproportionate amount of GHG emissions.  Emissions from heavy-duty vehicles grew by >35% from 1990 to 2010 and continue to rise. With a billion more people projected to be living in cities by 2030, and with e-commerce growing rapidly, freight volumes are projected to grow 40% by 2050.  This means there will be many more commercial vehicles on the road.

I believe there are large and attractive addressable markets and use cases where FCEVs will offer a strong value proposition.  These include medium- and heavy-duty motive applications – such as city buses, coaches, delivery trucks, drayage trucks, long-haul trucks, train, tram and certain marine applications – that require long daily range, fast refueling and heavy payload, while also enabling zero-emissions.  Ballard is initially focused on markets where we can displace nasty diesel trucks and buses with zero-emission FCEVs and where the hydrogen refueling infrastructure can be addressed with centralized, depot refueling. I view these markets as ripe for disruption.

The Hydrogen Council is a global CEO coalition for hydrogen technologies, bringing together an impressive group of 53 leading energy, transport and industry companies, accounting for 3.8 million jobs and €1.8 trillion in revenue from across 11 different countries.  The Council has more than quadrupled in size since launching at the World Economic Forum just 18 months ago. This rapid expansion reflects surging interest in global hydrogen deployment.

The Hydrogen Council held its third meeting of CEOs in San Francisco at the Summit.  During the meetings, the Hydrogen Council launched an interesting new discussion paper, entitled “Hydrogen Meets Digital” to investigate four exemplary applications that can particularly benefit from hydrogen.  Developed with analytical support from McKinsey, the report demonstrates how hydrogen and digital technologies can work hand-in-hand to drive our energy transition.  The report envisions that by 2030 hydrogen technologies could power up to 1.5 million autonomous taxis, 700,000 autonomous shuttles, 8,000 vertical take-off and landing taxis (VTOLs), 3.6 million delivery trucks and provide up to 1 TWh of backup power for data centers.  As a result, this digital future could grow the world’s hydrogen market, in addition to the applications highlighted in the 2017 Hydrogen Council Report “Scaling Up” by another 7 million tons of annual hydrogen demand and the use of 6.4 million fuel cells by 2030.

The Hydrogen Council concluded its meetings by calling for an ambitious goal of ensuring that 100% of hydrogen fuel used in different modes of transportation is decarbonised by 2030.  The Council called on governments to build a global alliance that will create the necessary regulatory frameworks to help make this commitment a reality.

As a Supporting Member of the Hydrogen Council, Ballard is convinced that hydrogen can offer economically viable, financially attractive, and socially beneficial solutions. I believe that in certain sectors and regions, hydrogen represents the best way to enable the energy transition and improve urban air quality.

I also had the opportunity to speak at the CALSTART event “Global Commercial Vehicle Drive-to-Zero Workshop”.hosted by the Bay Area Quality Management District.  Thanks to the entire CALSTART team on putting together this compelling event.  Great job by John Boesel, President & CEO, CALSTART, and Bill Van Amburg, Executive Vice President, CALSTART, on laying out the CALSTART “beachhead” strategy which will identify and leverage key early medium and heavy-duty vehicle (M-HDV) markets where technology can be successfully used as launching point to then support additional applications

I joined a panel with Siemens, Volvo and BYD, and moderated by Westport, discussing the future of low and zero-emission commercial trucks and buses.  It is clear that the theme of electrification (battery electric, fuel cell electric and hybrid/range extenders) is growing stronger. This was validated by a panel of fleet users, including IKEA and PepsiCo, both of whom are moving aggressively toward zero-emission mobility.  Kirt Conrad, CEO of Stark Area Regional Transit Authority (in Ohio), also joined the panel. Kirt, an early adopter of fuel cell electric buses, shared his enthusiastic views and experience on the value of fuel cell electric buses, including his plans to grow his hydrogen powered bus fleet. 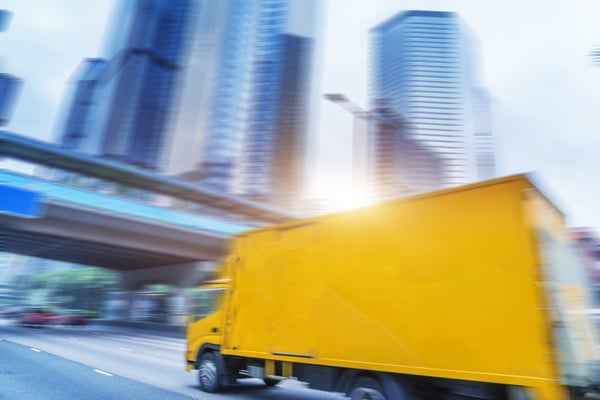 Also during the Global Climate Action Summit, the Bay Area Quality Management District initiated a call to action for mayors, city and county government officials, and leaders of industry and business from all over the world, to commit to going diesel free by signing the Statement of Purpose to cut diesel use to zero by the end of 2033. http://dieselfree33.baaqmd.gov/

There are important developments going on globally to combat climate change.  To be successful, we will need strong political will and corporate leadership globally.  California continues to be a thought and action leader.

We are focused on the medium and heavy duty motive markets where the value proposition is strongest, where the barriers to hydrogen refueling stations are lowest like applications with centralized depot refueling, and where the decarbonization benefits are most powerful due to disproportionately high GHG emissions.

What do you think?

What are your thoughts about the role of hydrogen in the decarbonization of our economies?

Join the discussion and let us know your comments in the comments section below.