As part of our series of interviews on new hydrogen technologies, in today’s blog we’re fortunate to speak with Grant Strem, CEO of Proton Technologies Canada. Proton Technologies is a resource company dedicated to transforming the deep earth into a continuing source of green, clean and affordable energy.

During this conversation, Grant shares:

Here’s our conversation with Grant Strem.

Grant, can you tell us a bit about yourself? What’s your area of expertise and what do you do at Proton Technologies?

I'm a Calgary-born geologist with an engineering background in oil and gas production, reserves, and financial forecasting for a big Canadian bank.

I’ve always considered myself an environmentalist, and since my first job in energy, I desired to improve the energy business from inside.

Now we’ve found the path to clean energy and clean air through low-cost hydrogen. And I’m passionate about clean air!

My favourite job was when I was hired by Burlington Resources as an explorationist which gave me insight into the immensity of the “resource pyramid”. The easy projects at the apex are mostly developed already, but there are vast resources of lower quality which are often near historic producing oil fields.

At Proton Technologies Canada, our process keeps everything in the ground except hydrogen. It’s an exceptionally low-cost method for producing clean energy. We have ambitions to dramatically lower the cost of energy while making it emissions free. 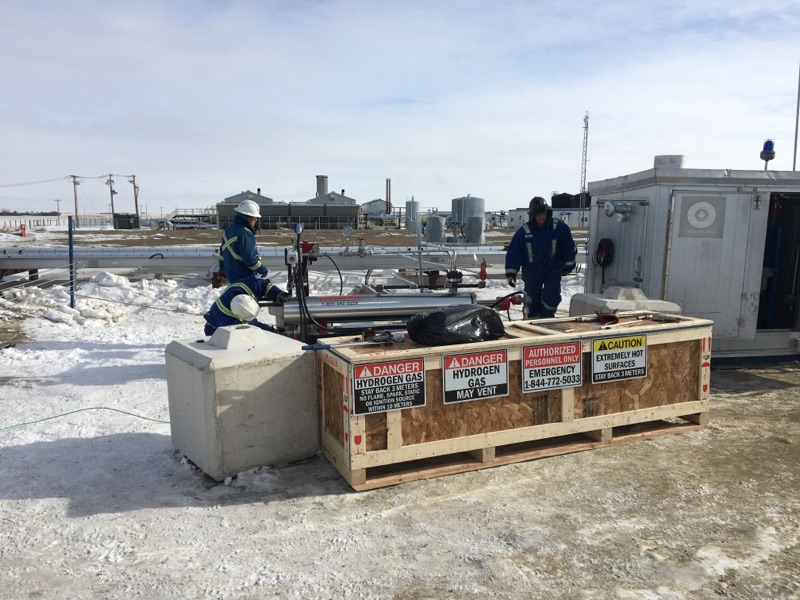 Small-scale H2 separation demo at Proton Energy’s field site in Saskatchewan near the town of Smiley in February 2018.

Proton has a goal to provide 10% of the world's energy through the export of hydrogen by 2040. This is something that's very large scale and we believe it can be done at extremely low costs.

This would go a long way toward protecting sensitive ecosystems from new energy footprints, and reducing toxic tailpipe and smokestack emissions which presently kill millions of people per year.

Our main technology breakthrough was adding oxygen to a fuel deposit, which is already geologically enclosed as the reaction vessel, for making hydrogen. Then only allowing the hydrogen to be extracted at the surface.

Our technology is highly efficient. Instead of trying to process all these hydrocarbon fuels at the surface, where there's a huge amount of inefficiency from having to move that carbon atom around, all of the energy conversion happens underground.

We avoid all the costs associated with moving the oil to the surface, then processing it at a refinery and avoid the controversy associated with such energy production systems.

How do you ensure that no carbon emissions are released in the atmosphere? 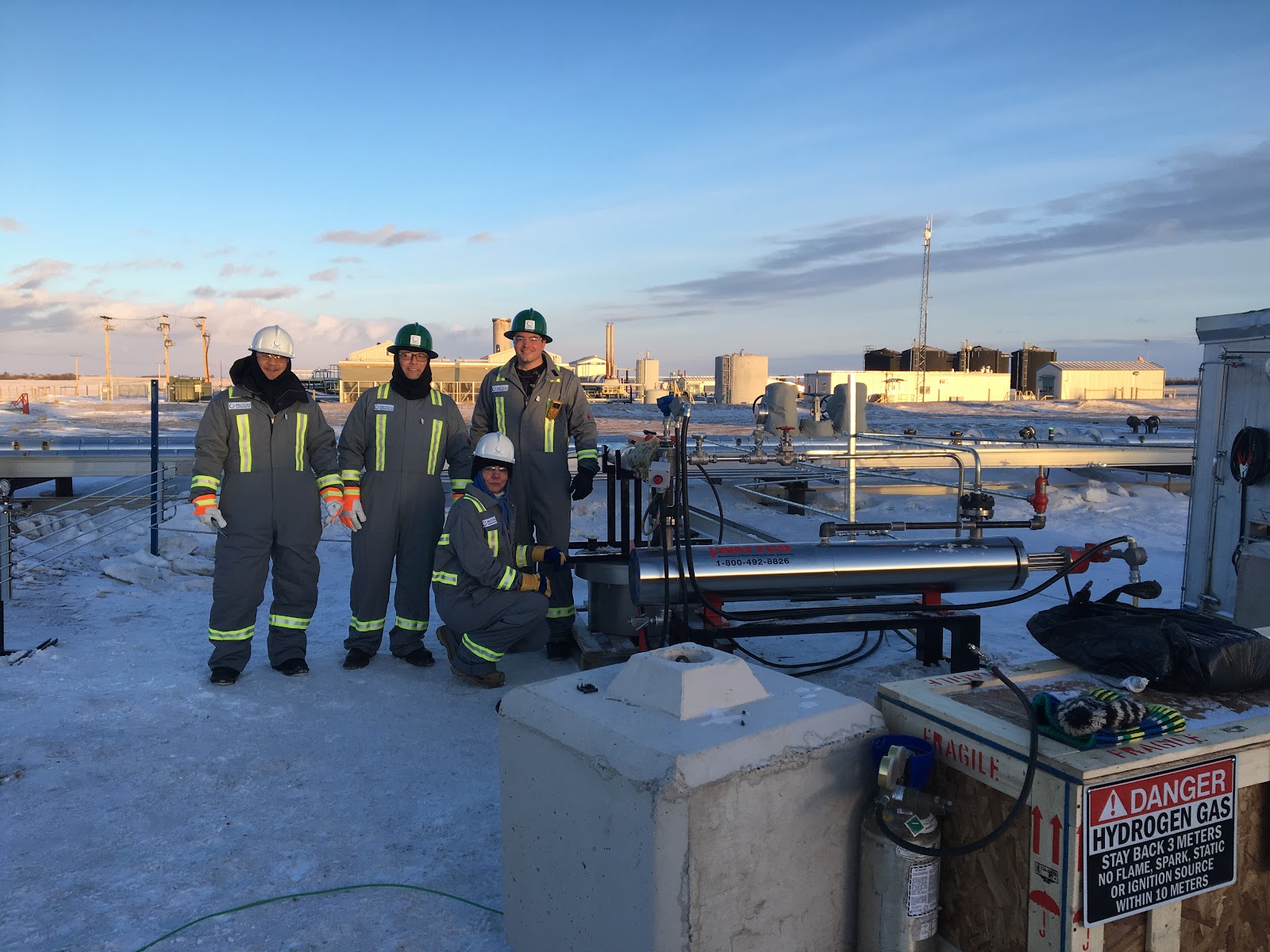 We use downhole specialty membranes that only allow hydrogen molecules to come through to the surface. These membranes are made of a palladium alloy and the only thing that can dissolve into the palladium is hydrogen. Everything else remains underground.

The reservoirs we select are all chosen to have appropriate “cap rock”, which has already proven itself by holding oil and buoyant hydrocarbons in the ground for millions of years and confirmed by geomechanical analysis.

We must know that the geology has a “good seal”, analogous to steam projects. Plus we're operating at levels below the initial reservoir pressure to ensure that CO2 stays down there and cap rock is never fractured by our process. Some of the CO2 will precipitate as carbonate rock within the reservoir system.

What technological advantages attribute to low-cost production of hydrogen and how does this compare with hydrogen produced today from natural gas reforming? 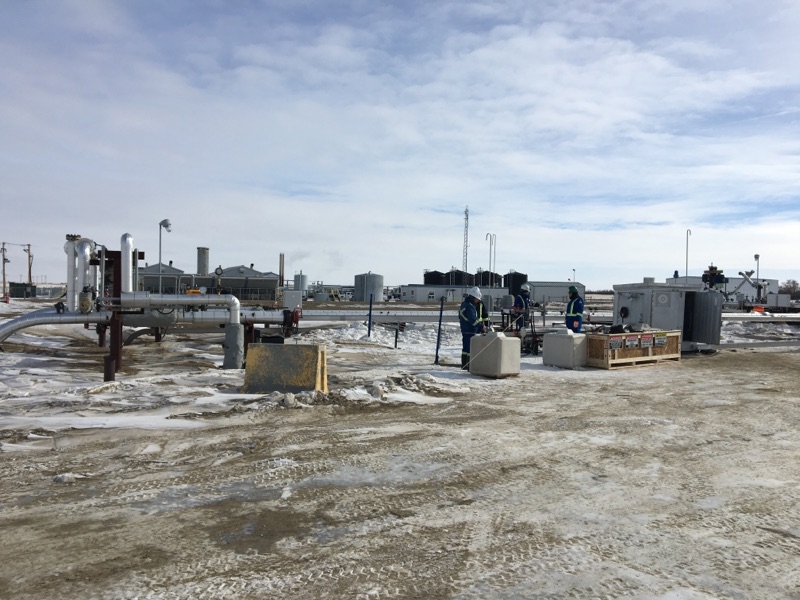 Our main cost structure advantages over natural gas reforming are geological. Our fuel is free (unswept oil) and we use the ground itself as our reaction vessel instead of a complex and expensive surface reaction facility.

Anytime hydrogen is separated out of a water molecule, it takes a lot of energy, whether using electrolysis or natural gas reforming types of reactions.

For reforming types of reactions, we use a fuel source to supply energy and chemical ingredients for molecular transformation through well-known reactions. Our fuel for the entire life of the project is already built into the reaction vessel, which is the oil field itself.

An additional cost advantage is that our process has zero-emissions, making us green hydrogen instead of blue hydrogen (which is natural gas reforming with only partial capture of emissions). 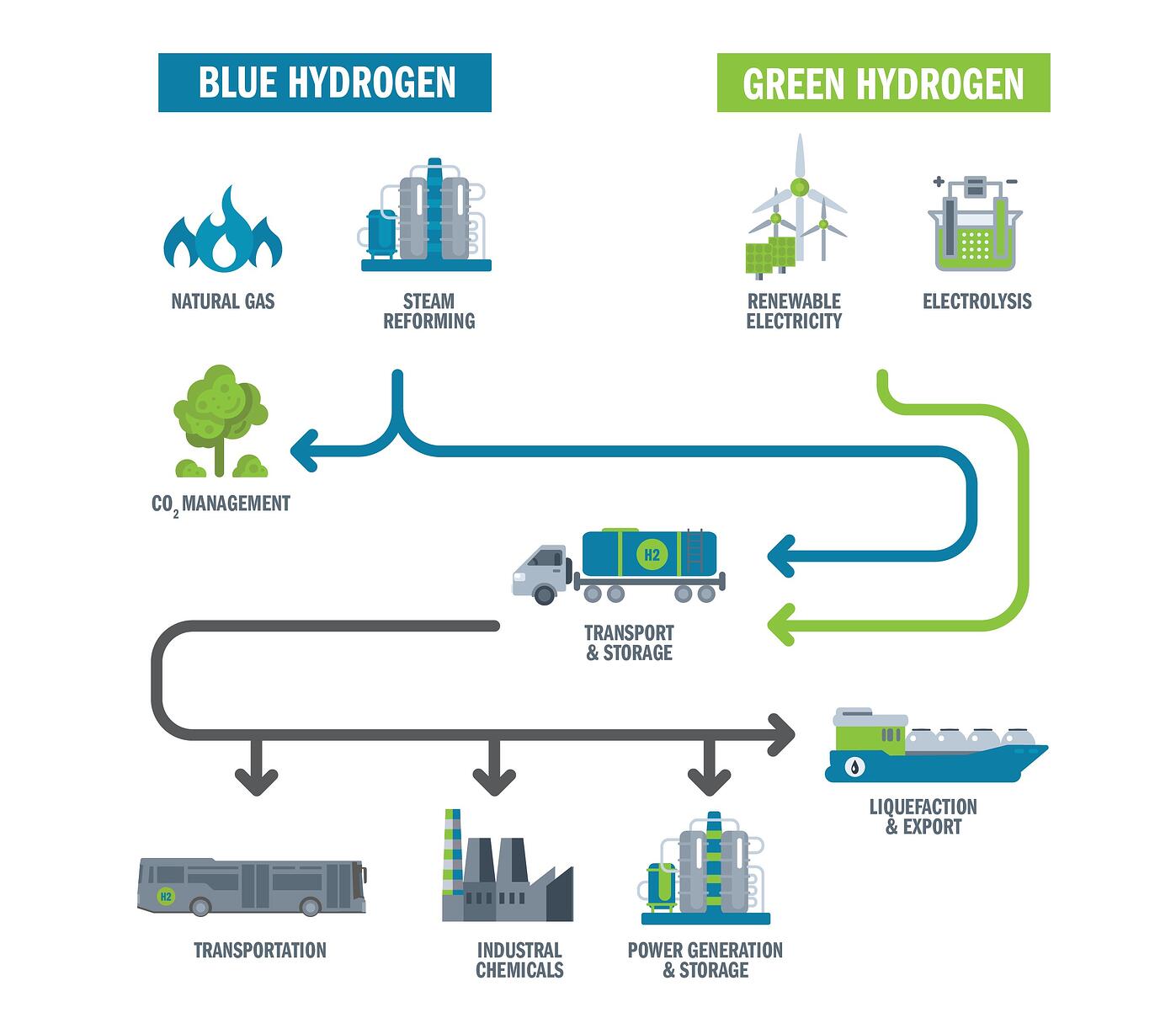 In jurisdictions where emissions are a real expense, our zero-emissions process becomes an additional cost structure advantage.

And so generating zero-emission hydrogen from depleted oil wells is a new revenue stream for Canada's energy industry. Can you elaborate a little bit more on this?

Absolutely. Canada's main export product, by dollars, is oil. With the diminishing demand for carbon fuels and increasing carbon taxes combined with an increased awareness that people can save money using hydrogen fuel cell systems, like Ballard produces, the future for hydrogen is very encouraging.

There's now an expectation that the demand for oil will go down. But the world is still energy hungry. If you can be a large-scale, low-cost, clean energy-producing nation, you can export that clean energy.

And if it's in the form of hydrogen, it's so much easier to do that. As I mentioned, our goal is to be supplying 10% of the world's energy needs by 2040.

What applications do you see for hydrogen in Alberta and Western Canada if we localize this? Or is the idea to take this global?

There are definitely going to be global applications, but we’ll start locally. If we have large volumes of hydrogen that cost less than natural gas, we can push hydrogen into gas turbines and replace coal as a fuel.

This local energy demand is the bread and butter at scale as we transition ourselves. As we scale up production we can start to think about very large volume hydrogen exports.

There are a myriad of uses locally and globally, but they all hinge on the price of clean hydrogen. We expect Proton’s cost structure to enable a consumer-driven shift to clean energy.

What are some of the barriers you see to your technology being adopted? 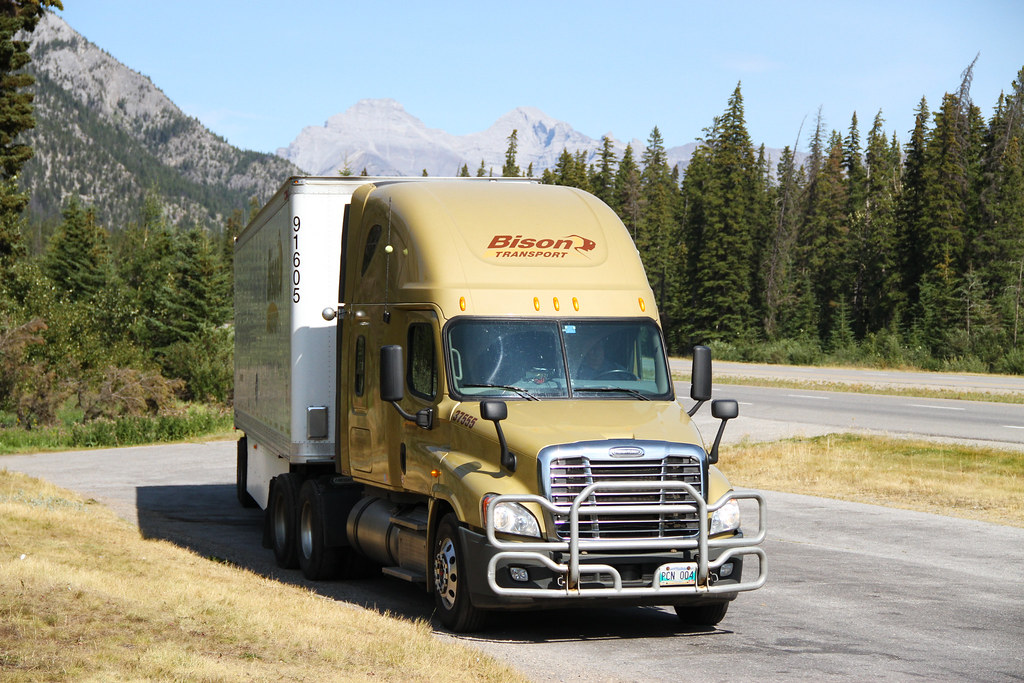 The main barrier is education. If people understand that they can use a hydrogen fuel cell vehicle and save themselves a lot of money over the lifetime of operating that vehicle, they will quickly adopt it. This is evidenced, for example, with trucking companies like Nikola.

So there is an absolute certainty that demand for hydrogen will increase as people understand that they can save money by going clean.

I compare it to the transition from whale oil to kerosene where people didn't adopt kerosene lamps because they loved the whales or worried about the environment, instead they went to the grocery store as a consumer and said, “Oh, I can save a lot of money if I buy kerosene instead of whale oil”.

It'll be similar with oil and gas. Consumers will use their wallets to decide. That doesn't come until people are noticing or educated that there's a significant savings by switching to hydrogen.

Proton’s goal is to get the cost of H2 as low as possible so it is an easy switch to make from whatever source people currently use. We are targeting 10 cents/kg at large scale.

What other oil and gas regions could quickly and easily adopt this technology? 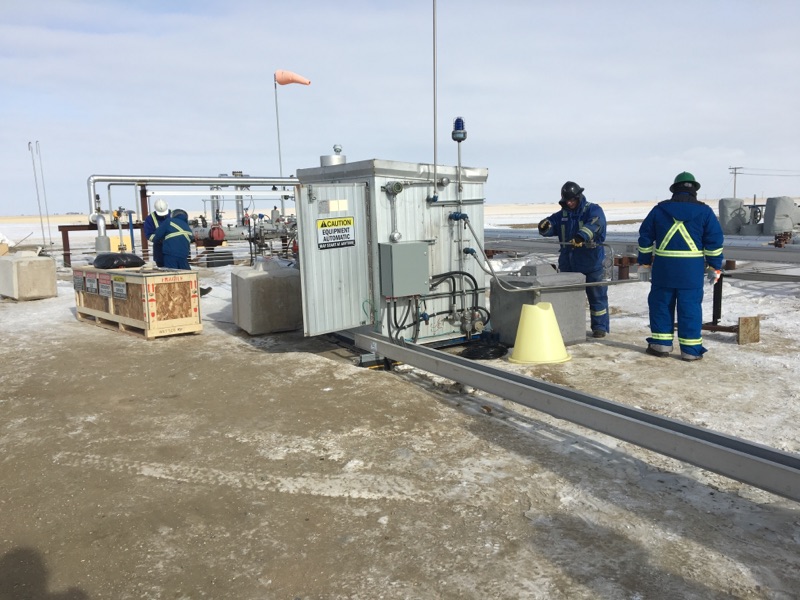 This technology is applicable almost anywhere there is a store of hydrocarbons within earth. This has global applications. In many cases, the distribution networks are already in place – infrastructure that delivers hydrocarbons today, will increasingly deliver hydrogen in the future. 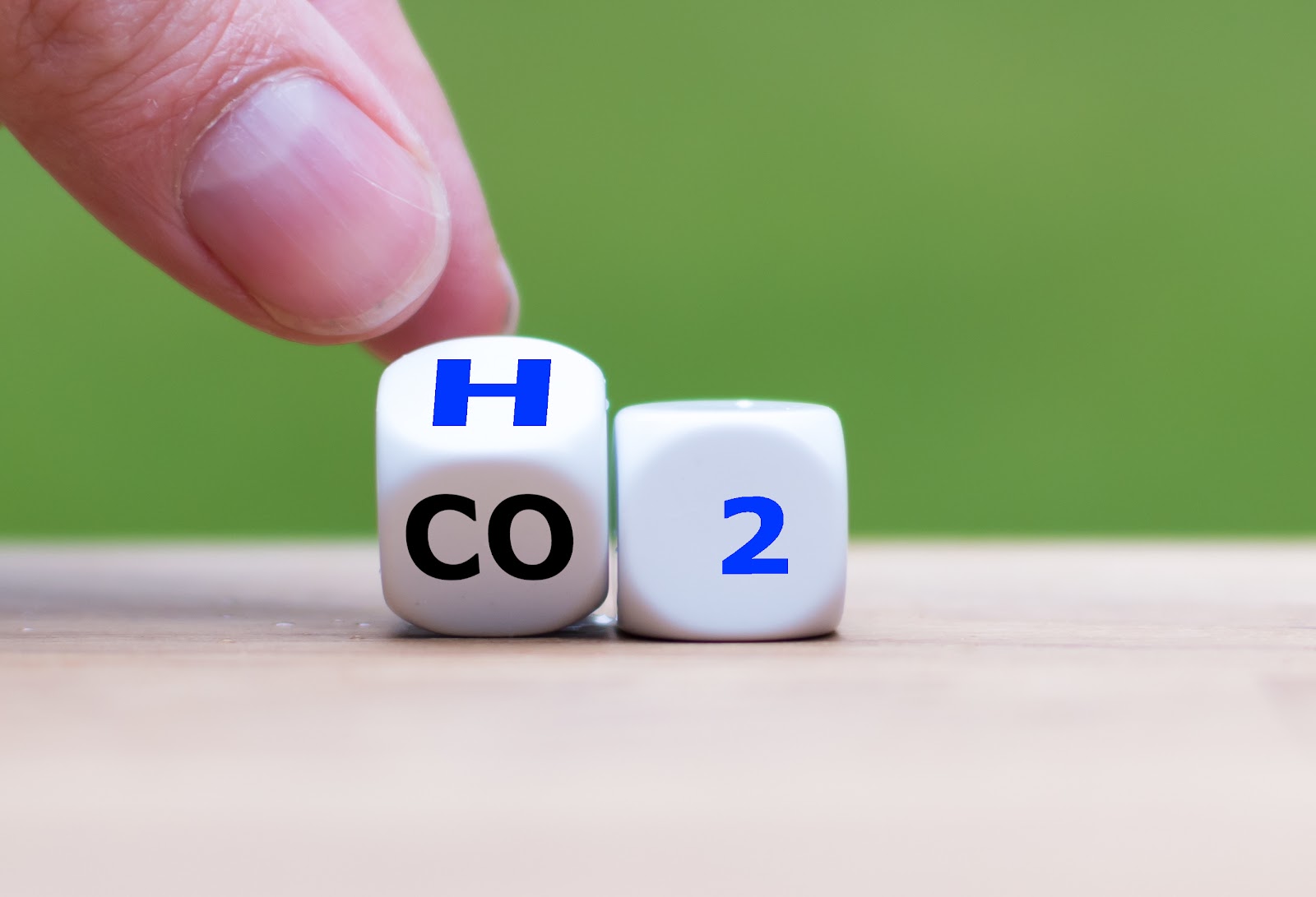 I believe that this technology will proliferate worldwide very quickly because it’s green and cheap.

Are there other companies in your category?

There are none that I'm aware of. The closest I've heard of in terms of cost and scale with reduced emissions is blue hydrogen, which is steam methane reforming with partial carbon capture and storage.

Blue hydrogen is a big improvement over diesel and gasoline in terms of cost and emissions. I believe renewables and geothermal to electrolysis has the potential to get below the present-day cost of blue hydrogen through scale, but I haven’t seen anything that seems likely to match Proton on cost structure.

All of these paths will improve and find niche applications and markets. All of them are a significant improvement over expensively produced tailpipe and smokestack emissions. 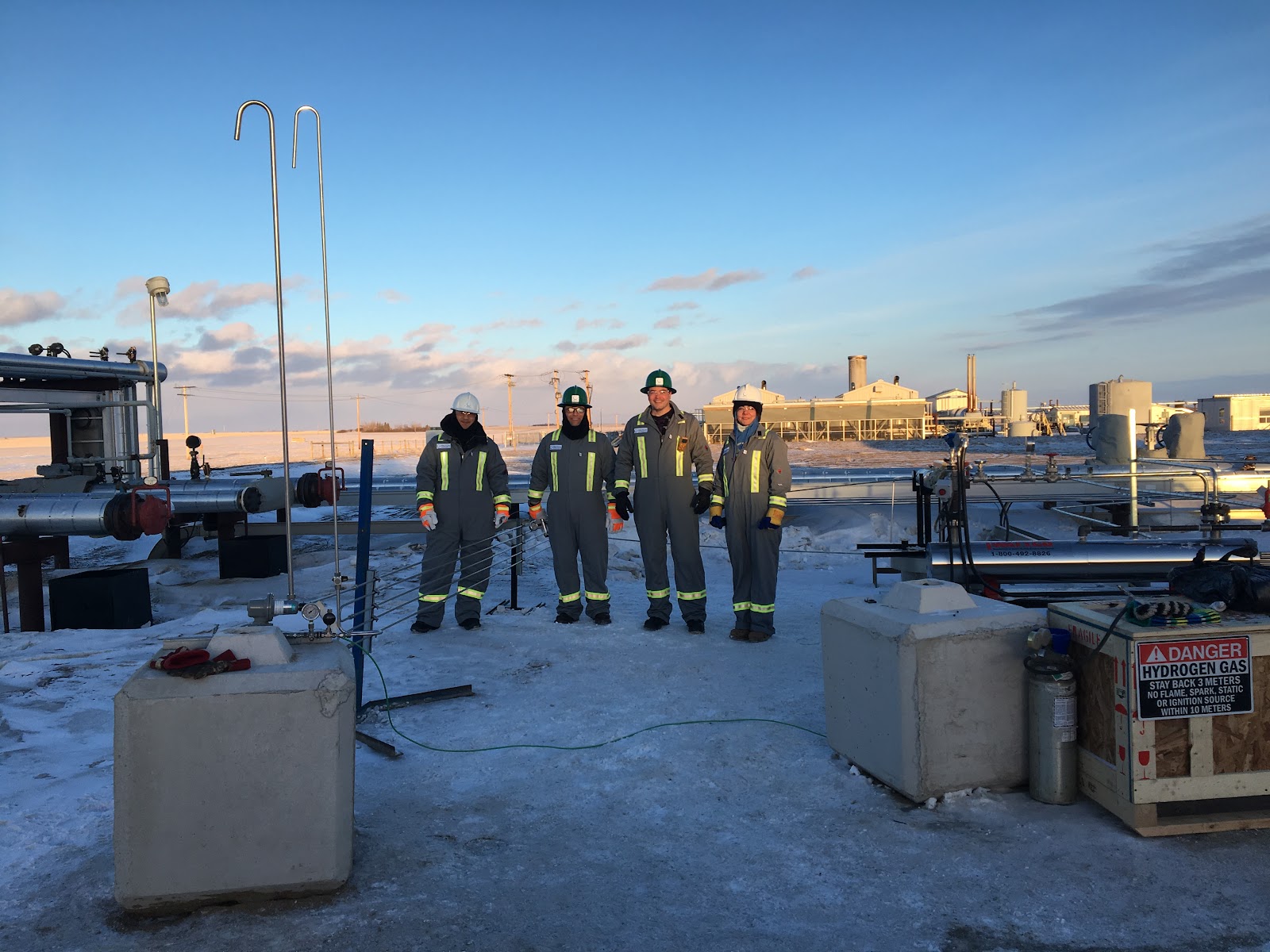 Is there anything else you think our readers would like to know about your technology?

I think the main thing is people need to understand that the potential for this is so big because Canada has such immense fuel deposits. I did a calculation, using Canada's current rates of electricity use, and we could sustain all of Canada’s energy needs only on hydrogen for over 700 years using just one big deposit in Northern Alberta.

An Attractive Value Proposition for Zero-Emission Transit in Canada